skip to main | skip to sidebar

Here's a bit of a case study in why we need a YOPD site.  Some things have a much different effect on the YOPD'ers than they have on the PD'ers.
The only truly bad experience I have had with PD was the four torturous years I spent on the medication Mirapex.  Evidently it was not tested thoroughly on younger people, and many  of us had wild side effects, like gambling to excess, incessant use of the internet porn sites, and in my case, throwing away money on strip club.
At the time, I attributed it all to a midlife crisis, and so I began thinking about divorcing my wife, and all these other stupid ideas.  I figured that what I was going through was related to depression over the PD.  What made it even more maddening was that it crept in a little slowly at first, and ramped up quickly, so I didn't even see it coming.
It wasn't until I had a complete meltdown that my life improved.  I lost two jobs, in large part because I was spending way too much time in strip clubs, and then within a three week span I was hospitalized twice for symptoms that looked more like stroke symptoms than PD symptoms.  I had complete numbness in both arms and both legs, the worst of the worst headaches one can imagine, and I was completely incapable of verbal communication.
Coincidentally, my doctor had begun to hear about cases similar to mine.  He told my wife that there were reports of people gambling away their businesses, or spending all night on internet chat rooms of the sexual variety, and other otherwise aberrant behavior.
It turns out that it was all related to the Mirapex.  I think the bottom line was, that the incidents were more frequent in young people than in old, and that the med wasn't ready for YOPD prime time.
Now I see the Mirapex ads on TV for Restless Leg Syndrome, and I hear the particular warning at the end of the ad that says to report to your doctor if you develop an uncontrollable gambling or sexual urges.  I can't believe the stuff is still on the market.
I am immensely grateful to my loving wife who stayed with me through a time that, if roles had been reversed, I am not sure I could have stayed with.  She is a remarkable woman, and NO, you can't borrow her :)
Posted by Tom at 8:17 PM 3 comments: 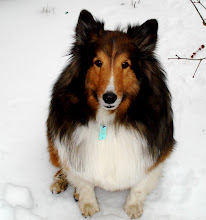